If your children want to play an individual sport, here are our tips to help them choose.

In recent years, the federations have been targeting one age group in particular: the 3-4 year olds.We knew about the “baby gym”, which welcomes the little ones as soon as they can walk, and the “baby swimmers”, but now all the sports are getting into it! However, the offer is unevenly distributed among the different departments, but you will easily find a judo club, athletics or fencing section that will give your child a taste for practice.

And contrary to popular belief, individual sport can also be played…as a team.Especially among the youngest, clubs, like athletics, now rely on the collective.”With the idea in particular of not being selective by confronting children too early with the notion of performance,” notes Virgile Caillet of the Union sport et cycle.

But children between 6 and 13 years of age walk 500 m on foot or even up to 2 km after starting with 50 to 300 m of swimming and continuing with 1 to 6 km of cycling.Triathlon is a discipline that involves the whole body.It allows the child to become aware of his effort, his physical capacities, while practicing outdoors, in ponds, parks or in the forest.

Equipment price: 5 euros for a swimsuit, 150 euros for a bicycle, and 30 euros for running shoes, you can decrease the cost by purchase second-hand stuffs.

Tennis: with the help of parents

“For the smallest children, the idea is to build the fundamentals while having fun,” explains Valérie Albaret of the French Federation.The surface area of the land is gradually increasing.”At the start, the youngsters are in the service area, with a lower net.As the terrain gets longer.»

Tennis is of course open to children of all ages.When a young person arrives, he or she is evaluated by the teacher who will then lead them in a group of their level,” continues Valérie Albaret.A few years ago, snowshoes were big, the balls were too heavy and children could find themselves in check.This is no longer the case today and, on the contrary, they can enjoy themselves very quickly.»

The French Tennis Federation (FFT) also wants to involve parents more.”They are a key to the progress of the little ones by acting as repeaters.The more children will hold a racquet, even off the court, the more they will progress.”In some clubs, parents are invited to participate in the sessions.The competition, in the form of mini-matches, comes gradually.

White, yellow…The children also pass levels.They can also track their progress via the Ten’Up application, a digital platform recently launched by the FFT and not just for licensees.”The challenge is to retain young people, to give them a taste for tennis so that they want to come back the following year,” stresses Valérie Albaret, who points out that “all the teachers are state graduates”.

Licence price: please inquire before making a choice, as prices may vary from one club to another, especially for private or municipal structures.Count more than 100 euros.

What equipment: shorts or tracksuit depending on whether the courts are covered or not.A pair of sneakers.A snowshoe, the size of which varies according to the age of the child.Clubs often lend one for the first session.

Where to find out? On the website of the French Tennis Federation www.fft.fr or on the Ten’Up application.

Athletics: a whole range of activities

The youngest children thus learn to find their way in space, to coordinate their gestures by using adapted equipment (balls, Rocket-type javelin, foam hurdles, trampoline…) ” At 4 or 5 years old, the child goes from a rudimentary and incipient motor skill to a controlled motor skill.”Between the ages of 6 and 12, through games, the young athlete learns to control his movements and gradually develops physical qualities (rhythmicity, speed of reaction, flexibility, endurance…).

Most of the time the competitions are in teams.”Children are gradually being brought into adult athletics.”The athletic pass is a way to measure progress and gradually guide children into one of the many disciplines of the number one sport at the Olympic Games.

What equipment: depending on the clubs, training takes place indoors or outdoors.Provide a tracksuit and a good pair of shoes suitable for running.

Where can I find out more? On the website of the French Athletics Federation www.athle.fr

Swimming: swimming after the holidays

Finished the beach, place for the small and large pools of the French Swimming Federation.The latter, which today has nearly 300,000 licensees in France, adapts its offers to the needs of each one thanks in particular to the Swimming for All program, which includes the French Swimming School.It is aimed at 6 to 12 year olds who wish to learn to swim or improve their swimming skills before entering the competition.

The competition, in fact, can be practised thanks to the Federation’s licence in one of the many clubs present throughout the territory.Among the many benefits of swimming are the weightlessness felt in the water and the possibility of developing cardiovascular and respiratory capacities without causing pain to the joints.

Price of the license: between 10 euros and 50 euros.

Price of the equipment: about 30 euros for a swimsuit, a bathing cap and glasses.

Where can I find out more? On the website of the French Swimming Federation www.ffnatation.fr

Integrated into the French Federation of roller and skateboarding in 1996, skateboarding has been structured and allows a competitive practice.For the first time, two specialties will be featured at the Tokyo Olympics: “street”, practiced on “spots” similar to street furniture, and “bowl”, these modules comparable to empty swimming pools.

At the club of Chelles, in Seine-et-Marne, it is possible to start from 6 years old.Its Cosanostra Skatepark has been renovated to host the World Series stage from 8 to 10 August before the World Championships in Salt Lake City (USA) in September.The organisation of such an event creates a positive emulation for Mathias Thomer, director and co-founder of the Cosanostra Skatepark.The aim of the seine-et-marnais club is to attract new audiences, especially younger people.”We want to democratize skateboarding.That’s the good thing about this sport: you create competitions whose objectives can be taken up by amateurs.»

Like other clubs, the director of the structure wishes to promote a discipline still little practiced in a federal framework.To speed up its promotion, Mathias Thomer hopes that the Chelles site will be able to take advantage of its proximity to the capital to host the skateboarding events during the 2024 Olympics in Paris.

Where can I find out more? On the site of the French Roller Federation ffroller.fr/trouver-un-club-pres-de-chez-moi

With its moral code, judo has educational values.”Through confrontation, we learn to respect the opponent, the teacher and therefore the adults,” said Jean-Claude Senaud, the National Technical Director (DTN).But not only that.”The youngest children learn coordination and how to fall without hurting themselves, which reduces the risk of domestic accidents.Judo channels overly spirited children.We have a real educational role.»

While toddlers are learning to move in pairs, fall and get up, they are not yet competing.This one will come later.Baby judo is all the rage, it is of course possible to start judo at primary school or college.

Licence price: the price varies according to regions and clubs.Since the courses are taught by state-qualified teachers, prices can sometimes go up.100 euros minimum.

Price of the equipment: the kimono is essential.Count about twenty euros if you buy it in a sports shop.

Where can I find out more? www.ffjudo.com

Fencing and archery: between “Star Wars” and “Robin Hood”.

The Archery Federation, for its part, encourages initiation to the discipline from the age of 7, the age of maturity of postural control.Of the approximately 75,000 licensed archers, only 4,600 chicks are in the archers’ flock.In chicks, 7 to 10 years old, the usual distance from the target at 18 or 20 m is reduced.The number of arrows to be shot is also reduced.The tournaments, between clubs, are finally an opportunity for children to exchange and compete in duels in more attractive formats.And trying to look like Robin Hood.

Price of the fencing licence: between 60 and 120 euros. 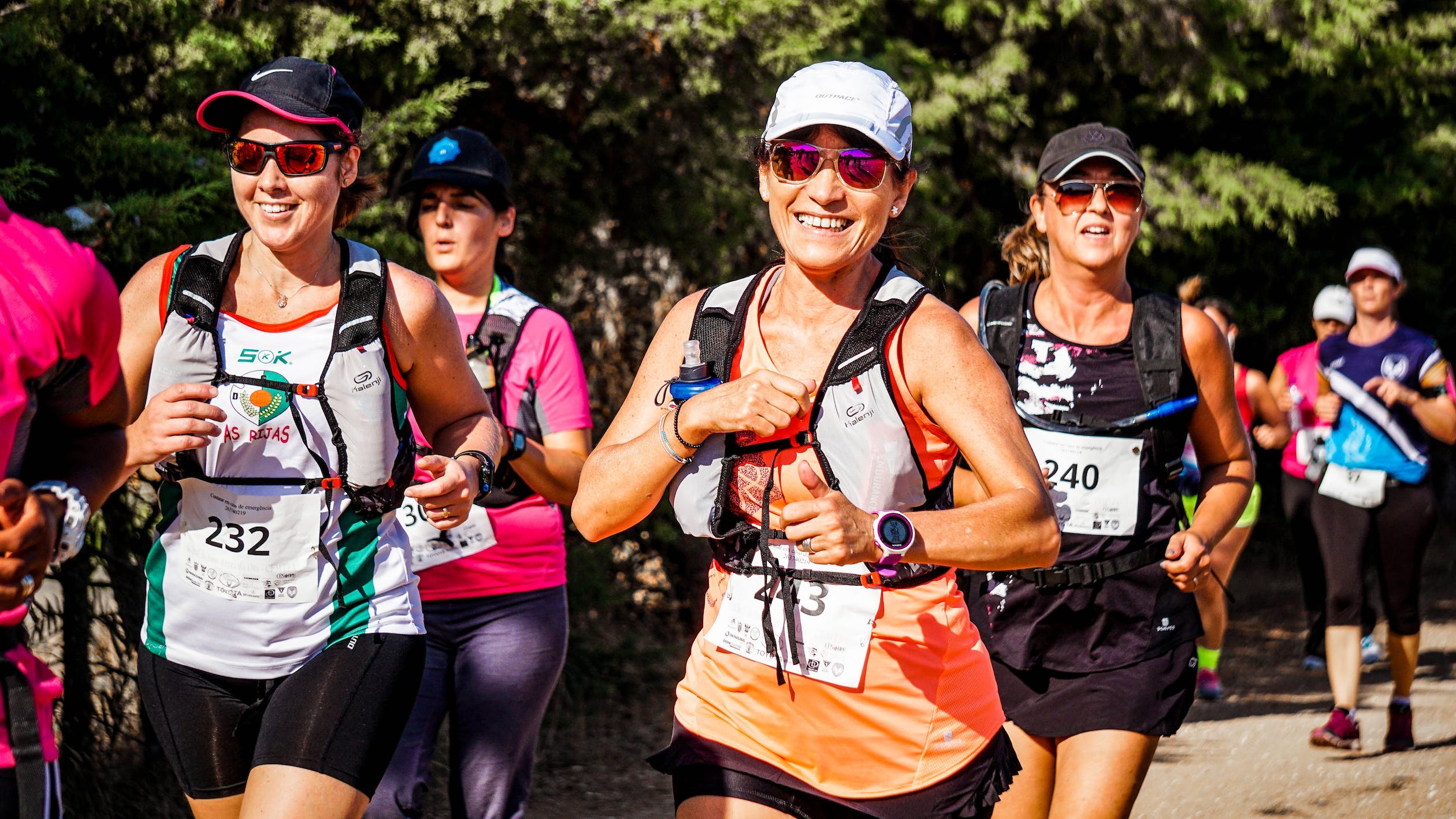